What to do if I’ve been punished by the boss for no real reason?

What to do if I’ve been punished by the boss for no real reason? Hard communication with a boss or punishment in other words is a pretty unpleasant situation, but realistically this happens to most of us at least sometimes. Like all human beings, all people do mistakes and bosses are not the exclusion. In this material, we are not going to discuss the situation when the boss punishing someone from day-to-day on a regular basis. This totally unacceptable and truly an unhealthy situation. In this article, we are going to discuss the scenario when let’s say you’ve been punished by your boss for a mistake you’ve never ever done.

Let’s imagine that at the meeting where you and your boss are both presented, the boss started to discuss you in an unpleasant way refers to the mistake you’ve never done.

What should be your reaction if you’ve been punished by the boss?

When the meeting is finished and the degree of the negative emotions slow down, the next day or in a couple of days (but do not postpone for too long as it will lose actuality) meet your boss in person. Tell to your boss that you would like to discuss that situation in the meeting when you’ve been mentioned: “due to some mistakes” (remind them).  Continue, that you presume that some details may not be known and explain your vision of the situation wherein your opinion you didn’t make any mistake that worth critic.  Don’t forget to mention that you’ve been calm at the meeting as you appreciate your boss and didn’t want to create noise or affect his authority in any case.

In most cases, such a fair discussion considering the fact that you’ve stayed calm on the meeting and didn’t try to push back even though you’ve been criticized for no real reason will only benefit your authority and your boss will start to respect you even more.

Can I let this situation go and even not discuss it?

Well… You can. If it doesn’t frustrate you too much, you can let this situation go. But bear in mind that if such a situation repeats, there is no other option, but to talk to your boss in person. Otherwise, if more and more times your boss will start discussing you in a negative way or even swearing at you for the mistakes you never did, one day this could lead your personality to a bad association for your boss. That’s something that you more likely don’t want to happen as it could have a significant impact on your career in a particular organization and even more.

I really hope there will be not many similar situations in your life and career, but if this happens, now you have an idea of how to act and remember that all people do mistakes and bosses are not the exception. 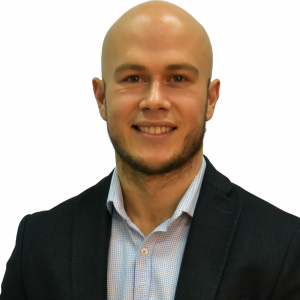